Microservices: when not to use them…
Back to overview

Microservices: when not to use them…

Microservices are a hot topic, one of the buzzwords of the last few years. But are you old-fashioned for not using microservices? Should every project use them? When,  and when not to use them? This blog will shed some light on the pros and cons of this much discussed topic.

First, we will take a look at the key aspects of microservices, followed by the pros and cons of its alternative: the monolithic architecture. Then I will try to find a way to have the best of both worlds. Lastly, I will discuss the characteristics of when microservices are probably not your best option.

A microservice application is a set of small, independently deployable services. It is an implementation of Service Oriented Architecture (SOA), where (usually) every stateful service has its own datasource. Some of the key benefits of this architecture are:

But nothing comes for free! A microservice architecture has some drawbacks:

Another important thing to keep in mind in distributed systems is the PACELC-theorem. This theorem states that there is a tradeoff between consistency and latency in high availability systems. It will hold no matter what technology or tools you use. Simple caching, for instance, will trade consistency for lower latency.

The monolith: an overview

Making an informed decision about whether to use microservices or not doesn’t just depend on the benefits and drawbacks of microservices, of course. You have to know what your alternatives are. In this case, by building microservices you risk giving up the benefits of a monolithic application.

The benefits of a monolithic application are often the opposite of that of microservices:

Of course, there are more cons to a monolith. But a lot of the downsides are a result of bad (or inconsistent) coding practices, which are bad in any system. It’s sad that things like high coupling and unexpected side effects can hide better in bigger systems than in small services.

Can you have your cake and eat it too?

In theory? No! In practice, it is perfectly possible to mitigate some of the downsides of a microservice architecture, or to keep the benefits of a monolith while splitting. Splitting your application the right way is key here!

As mentioned above, it’s possible to partly circumvent or downplay the downsides of microservices. It is also possible to bring benefits of microservices to monolithic applications. One of these benefits is certainly loose coupling. While the common view of a monolith is that it conforms to the  Big Ball of Mud antipattern, it certainly doesn't have to be that way!

Using the Dependency Inversion principle as a guide to keep the coupling of modules to a minimum and creating a modular-monolith (Simon Brown, 2016), will also keep “unknown” side effects in check.

Java 9 modules are a good way to let the compiler enforce this low coupling. This only works when you make your module API interface “module public”, and your other classes package private public.

This strategy of modularity not only has the benefit of loose coupling, it also leaves the door open for “easy” extraction of functionality in separate services.

WARNING: Modules should be vertical slices of your application, if you want to split them later. Horizontal slices (like a 3-tier application) do not have some of these benefits.

When not to use microservices you ask?

The simple answer would be: any time the cons of microservices really hurt, and/or the benefits are marginal.

Don’t want to invest in (more) extensive logging and monitoring? Don’t go for microservices! You need to be prepared for unfindable bugs or performance issues. They will haunt you! Don’t have a properly automated CI pipeline yet? Your (bi-)weekly deployments will cost you!

Did you notice how I used the word “yet”? Simply put, this means don’t go full-on microservices when you don’t know what you are doing. There could be pitfalls on the way that will grind your development to a halt.

Just like Robert C. Martin states in his book Clean Architecture (Robert C. Martin, 2017), good architecture allows you to defer critical decisions. If you start with a properly modularized monolith, splitting later will be much easier.

YAGNI
A good concept to think about when designing a microservice system is YAGNI. When splitting into microservices doesn’t have any benefit now, don't put a lot of effort into splitting the application right away. Those benefits may never come.

Splitting the big ball of mud
The first phase of splitting your Ball of Mud is testing. Writing “black box” integration tests will teach you a great deal about the current functionality, and certainly help you keep this functionality while refactoring.

The Strangler pattern is a good tool to replace parts of functionality one at a time. The idea is very simple: 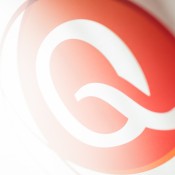 About the author Marcel Otto