Google pre-sales training: in full gear
Back to overview

The course was hosted by a member of the Google Partner University. He initially worked as a Sales Engineer in a Google Partner firm and now works at Google as ‘evangelist’. The group consisted of participants from France, The Netherlands, Egypt, Great Britain, Italy and Norway. Most of whom had a sales or managerial background.

While the course was mostly sales-oriented, it offered some pointers, tips and tricks that can be of help to me as a developer and as a support team member.

One remark by the host stood out: Use the tools to sell the tools. A factsheet can only tell so much, actually using the tool in action is a better sell than talking or reading about the tool. For example, share a Google Doc with the customer and let him or her participate to show off the collaborative functionality of the application.

So, in conclusion, I think that there were two big lessons for me in this course. The first lesson was that story telling is a better way to convince a crowd than showing all features. The second lesson was that listening to your customer increases the satisfaction on both sides and will help you sell your product.

To wrap things up, the host gave a final pointer, stating: ‘We have two ears and one mouth’. Meaning we should listen more than we should be saying. So, on that bombshell… 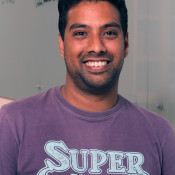 About the author Arvind Mohabir

I'm a Java Developer, currently working on QAFE for several international customers. I'm also the scrum master for my team, making sure they can do their work without any impediments.